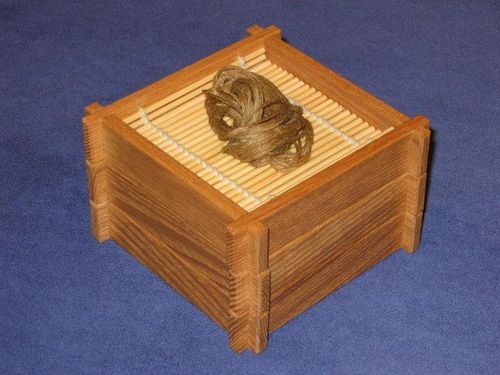 "The motif is the buckwheat noodles eaten on New Year’s Eve in Japan. It is served on a bamboo plate (Zaru), and it is called 'Zaru-soba'. It is a Japanese traditional food. It looks the most delicious among the 2006 Christmas presents. When it was designed at first, the motif was a planter, not soba. As you look at it, don't you think, "I want the dipping soup for the soba", "I want chopsticks", and "I want to east the next layer of soba"?" -Karakuri Creation Group