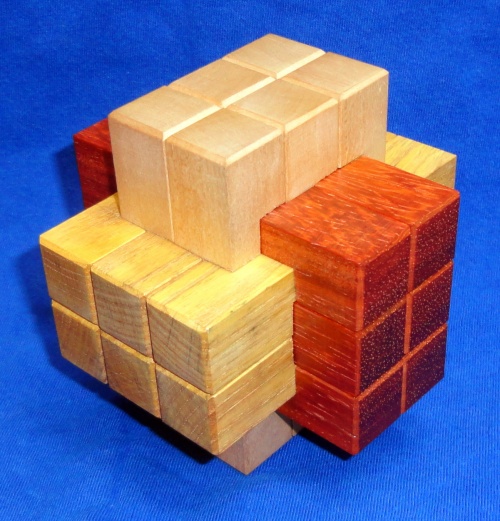 Lange Wapper is the name of a flemish legendary giant who irritates or provokes people.

The longer burr sticks make for a lot of restricted movement, and is significantly different from a 18 piece burr with 8 unit long sticks.

This version of lange Wapper has a few new tricks not found in the other series.