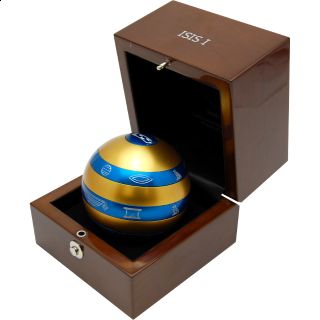 The "Puzz Challenge" was an extra challenge setup by the inventor of the Isis (Andrew Reeves) which was announced on 26th April 2007. The competition has a LCD TV as a prize and was only open to people who bought one of the limited edition Isis 1A puzzles. These puzzle were only made available to members of the Isis 5% Club on their forum. Once the puzzle was opened there was a password engraved on the inside which could be used to access an area of the SonicWarp website. In this area of the website was a riddle, the first person to solve the riddle won the prize. The riddle read:

A user with the username Lodgecrest announced that he had solved the riddle on 5th August 2009 and later gave an explanation of the solution: