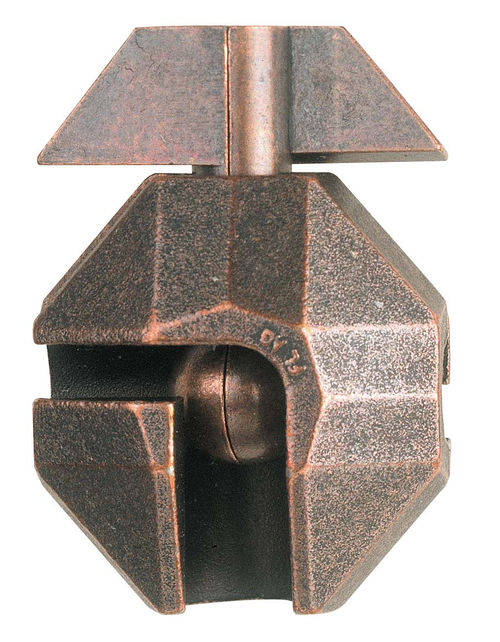 At the end of the 19th century, Britain experienced a huge puzzle craze. I managed to pick a number of the puzzles famous during that period in flea markets, despite their rarity. Based on a puzzle that reappeared later in America, this is one that we have successfully revived in its new form. Keeping in mind the idea of intersecting the 'flags' should help in tackling this one. I only hope you enjoy the final 'release' as much as I do. -Nob Yoshigahara