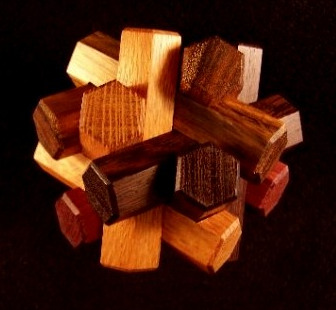 A triangular adaptation called Tri-Stix has also been created by Bart Buie in 2007.

Stewart Coffin later came up with what he described as the optimum version of this puzzle, and he called it Seven Piece Improved Hexsticks.