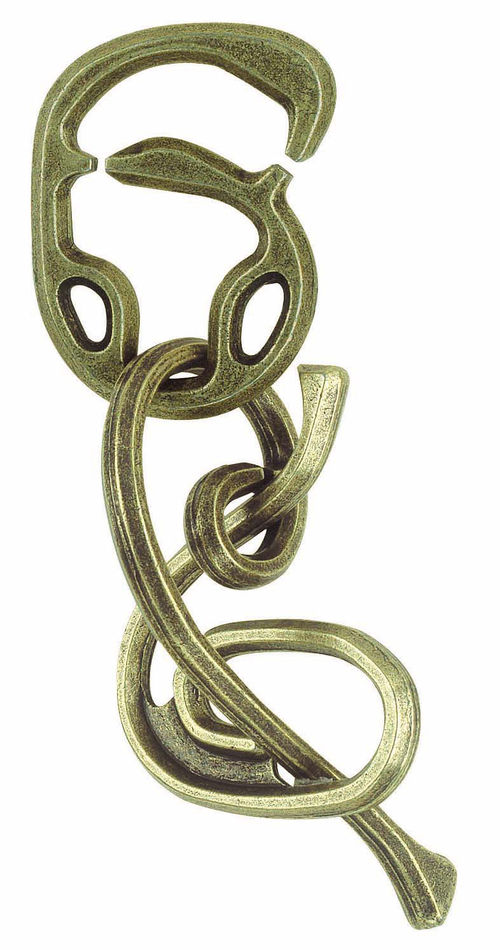 Patented in America in 1975, the somewhat swirled pieces of this puzzle by Eldon Vaughn must be disjoined and then put back together. I once found a smaller version of this puzzle about twenty years ago in America, but considered it impossible to solve at the time. We have made a new version maintaining the difficulty of the original and licensed it for the cast Hanayama Cast Puzzle series. This is without a doubt among the most difficult of all puzzles. The key word is 'Twist'. Don't use too much force...the pieces should just slide apart. -Nob Yoshigahara