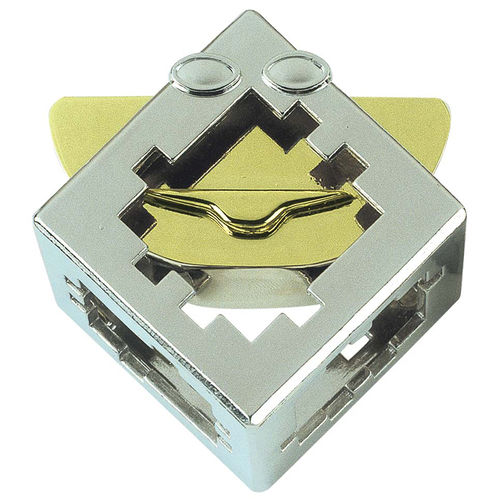 This cube, designed by Oskar van Deventer, a Dutch man, is a maze through which a loop is interwoven. The position of the piece trapped inside can be changed by it being moved in a unique way. However, the dilemma is how to remove that piece. When first invented, the start point at which the piece could be removed was not fixed. However, following a suggestion by the late Mr. Nob (Nob Yoshigahara, the furthermost position was made to resemble a face, and a clear removal start point was thereby designated. Theme: Space -Hanayama